Goa Yogashala > Ayurveda  > How do Ayurveda and Yoga Intertwine? 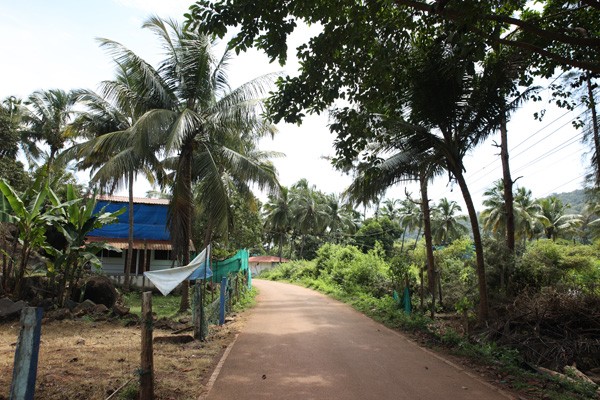 How do Ayurveda and Yoga Intertwine?

Ayurveda in India originated over 4000 years ago and is an ancient system of holistic medicine. However, in combination with yoga, the effects of Ayurveda become even more pronounced.

Yoga and Ayurveda are both traditional and natural disciplines but they work in different domains in the wellness world. Ayurveda is considered a science of life and prescribes therapies, remedies and procedures pertaining to sustainable changes in lifestyle. Learn more about this ancient life science by undertaking Ayurveda courses in India and specifically Ayurveda training in Goa and Kerala.

Yoga focuses on the mind and body connection and prescribes tools such as physical asanas, breathwork, meditation and yoga philosophy.

Yoga and Ayurveda go hand in hand. While both Ayurveda and yoga enhance the physical and mental health of an individual, Ayurveda relates more to the physical body. In contrast, yoga works more in the mental and spiritual realms.

The Ayurvedic approach towards wellness

Ayurveda in India originated about 5000 years ago and is considered an evolved form of folk medicine. You can pursue many short-term Ayurveda courses in India and even get a formal education in Ayurveda in India. Also, the Indian sub-continent is replete with many Ayurveda retreats that typically begin treatments with a thorough assessment of your body. Most Ayurvedic treatments are based on the three doshas system. Based on this evaluation, an Ayurvedic diet is prescribed per your body type. Also, the Ayurvedic treatments and therapies that follow are based on your constitution as evaluated by Ayurvedic principles.  These treatments such as the Shirodhara are elaborate and even relaxing whereby sessions can culminate with the application of warm aromatic concoctions of oils that are poured gently over your forehead as you remain reclined in a completely relaxed state.

Furthermore, a lot of importance is given to Ayurvedic principles such as the 5 elements and the energies in the human body that relate to each of these elements. Based on that premise, any ailment or disease is considered an imbalance of these elements. This imbalance can be overcome by encouraging the energy type that is seemingly low in the human body so that balance and subsequently a state of homeostasis can be restored.

As time passed, Ayurveda began to be complemented by other traditional interventions like yoga. Today, Ayurveda in India is related to the use of spices, herbal teas and concoctions, natural supplements and the utilization of aromatic essential oils.

The yoga approach towards wellness

Yoga, just like Ayurveda also originated in India several millennia ago. This ancient philosophy evolved and transformed through several ages and has leanings towards self-work for enhancing the health of the body and mind. Contrary to Ayurveda which is more about natural remedies, yoga focuses on movement (physical poses) as well as meditative activities. Today, a plethora of yoga styles are practiced worldwide.

However, Hatha yoga is considered the most classical style of yoga. Besides Hatha yoga, other forms that are popular are Ashtanga yoga, Vinyasa flow yoga, Sivananda yoga, Iyengar yoga and other styles. But, one should remember that although there are many evolved and different styles of yoga being practiced in the contemporary world, begetting a calm and relaxed state of mind and body besides certain physical benefits are common to all yoga forms.

A yoga practice predominantly comprises asana practice, pranayama and meditation. Asanas can be referred to as an external medicine pertaining to yoga that primarily focuses on treating musculoskeletal disorders. However, indirectly, the yoga asanas can also benefit other conditions and are looked upon as an ideal exercise form for one and all.

Pranayama is the “internal medicine” of yoga that brings vital energy or Prana into the body that can be further directed in different ways as needed. Pranayama practice helps treat circulatory, respiratory and nervous system imbalances and powerfully impacts various physical and psychological conditions.

When we talk about meditation. it is a practice for stilling and calming the mind while practicing appropriate breathing techniques. Furthermore, yoga also encompasses the philosophical aspects of how to lead a pure and simple life and how to evolve into a better person. These yogic teachings have been passed on through ancient Hindu texts and scriptures of the Vedas, Upanishads, Patanjali Sutras and the sacred Bhagavad Gita. In this regard, yoga and Ayurveda blend beautifully to enunciate the principles of life and advice.

How do Ayurveda and yoga intertwine?

Yoga is popular worldwide today and is looked upon more as a physical exercise by Westerners. Ayurveda also receives a lot of attention and patronage, especially among those on the lookout for alternative treatment. Today, yoga and Ayurveda are combined in form of a treatment plan where yoga is considered something you have to perform in the realms of movement while Ayurveda complements these exercises with the help of dietary supplements, herbs, teas and aromatherapy.

Without the intervention of Ayurveda, the healing potential of yoga becomes limited. This would happen as our body is bound to mirror the nutrition that it gets. Yoga works in the context of following an Ayurvedic diet and lifestyle suggestions.

Similarly, Pranayama impacts the Ayurvedic doshas (Vata, Pitta and Kapha). These doshas are considered prana modifications. Pranayama can complement Ayurvedic herbs much like them to check the energy movements within our physical and psychological systems.

Although there are not many scientific studies to prove the effect of Ayurveda when intertwined with yoga, there are a few groundbreaking research studies that show that a combination of Ayurveda and yoga can prevent or heal cardiovascular disorders. However, one should keep in mind that a combination of these two disciplines is meant to preserve your health and should be looked upon as a therapeutic regime.

Today, Ayurveda is also looked upon as a modern-day perk as it includes luxurious massages in Ayurveda retreat centers. In fact, the Ayurveda in Goa and Kerala is well-docked and hence you can indulge in many relaxing and rejuvenating Ayurveda therapies at their many yoga and Ayurveda centers.

Yoga and Ayurveda in India are ancient, traditional systems which although can work independently of each other but also complement each other beautifully to usher enhanced health and wellness outcomes.

At Goa Yogashala, we believe that yoga is not only about a fitness routine. It is the perfect medium of finding a complete harmony between your mind, body, and soul. Here, we focus on all aspects of yoga – physical, mental, as well as spiritual.