Goa Yogashala > Training  > What are Hatha Yoga and Why Do You Need It? 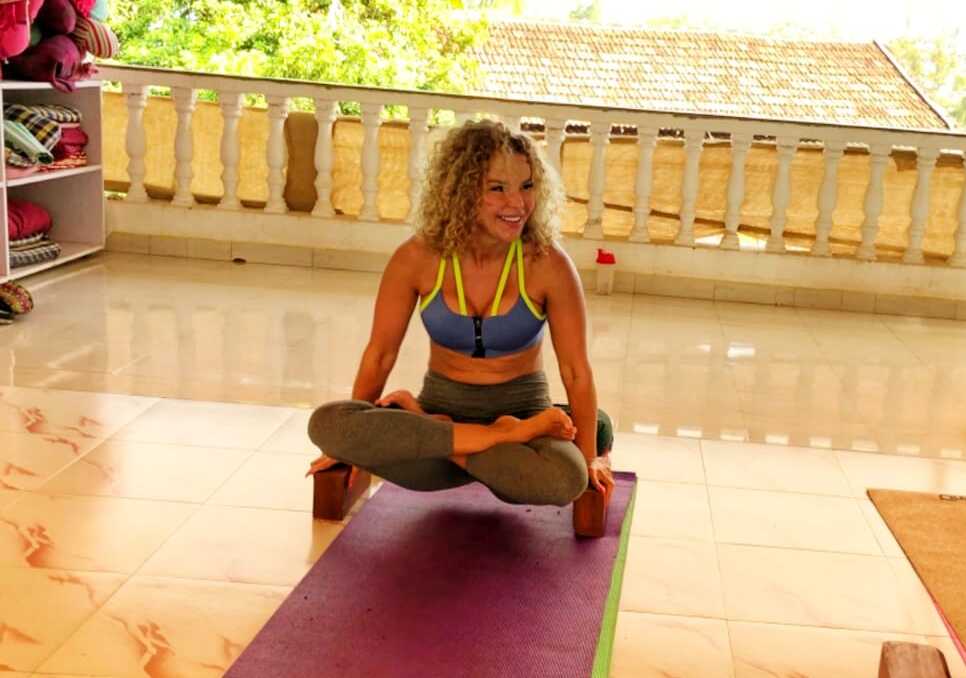 What are Hatha Yoga and Why Do You Need It?

The ancient yoga style that originated over thousands of years ago, ‘Hatha Yoga’ translates to “union of the opposites through a force.” Hatha Yoga is a powerful and transformative practice of postures (asanas), breath (pranayama), gestures (mudras), locks (bandhas), meditation sounds (nadausandhana), and cleansing process (Shat kriyas) for magnifying the physiological functions of the body in order to prepare it for attaining mental steadiness and realizing spiritual goals. There are several benefits of hatha yoga known to humankind, but it is important that we understand the concepts of this form before we discuss them.

The word ‘Hatha’ comes from the Sanskrit terms “Ha” meaning sun and “Tha” meaning ‘Moon’. Thus, it is right to say that Hatha Yoga is the science of balancing the solar-lunar and pair of opposites that exists within each of us for a more intimate connection to the Self. And, according to the sacred texts on Hatha Yoga, it is the art of opening the Sushumna Nadi, thus awakening the Kundalini that is the path to higher consciousness and enlightenment.

There is textual evidence of some of the practices of Hatha Yoga dating back to the 1st century, and archaeological evidence that may date back even further. However, the first complete systematized exposition of the posture, breathing, purification and meditation practices that constitute Hatha Yoga was a compilation of text known as the Hatha Yoga Pradipika. The Hatha Yoga Pradipika dates back to the 15th century and was written by Yoga Swami Svatmarama. It was originally intended to be a collection of several early texts that have not survived. The work is divided into four chapters that are meant to outline a gradually deepening practice of yoga that focuses on the physical body, and gradually moves in layers towards the more subtle aspects of embodied experience.

The History of Modern Hatha Yoga

The popularity of Hatha Yoga in the west can be more or less traced back to two men: Tirumalai Krishnamacharya and Swami Sivananda Saraswati. Krishnamacharya was heavily influenced by physical culture and adapted the techniques of earlier yogic texts into simple systems of exercise that could be done on a daily basis by normal people in order to keep them physically and mentally healthy.

He is also known as the teacher of Pattabhi Jois and B.K.S. Iyengar, and the father of T.K.V.Desikachar. These three sages are accredited with later popularizing Krishnamacharya’s version of yoga around the world through the popular systems of Ashtanga, Iyengar, and Viniyoga.

Most of the yoga we practice in studios today can be attributed to him, though “Vinyasa” classes are generally based on the Ashtanga system and “Hatha” classes are based more on the Iyengar and Viniyoga systems. Sivananda, on the other hand, taught a more spiritually focused yoga system that integrated contemplative, devotional, and philosophical and lifestyle practices. He also taught a number of important gurus who would go on to become popular promoters of Yoga to a western audience. These include Swami Satyananda, who founded the Bihar School of Yoga and Swami Vishnudevananda who founded the Sivananda Yoga Vedanta Centres and developed the style of yoga now known as Sivananda Yoga.

The systems of yoga that developed from this lineage also taught Asana practices. These may have been influenced in part by Krishnamacharya but placed a much larger emphasis on the earlier classical texts and the other aspects of yoga outlined in sources like the Bhagavad Gita. These styles are often referred to nowadays as “Classical Hatha Yoga,” and may also describe the style seen in many yoga classes that are called, simply, “Hatha.”

Hatha Yoga, with its diverse practices, is designed to bring in health, joy, and harmony of the body, mind, and soul. Putting the body to practice the variety of Hatha Yoga postures does wonder for the organs, muscles, mind, and spirits. Let us take a look at some of the most popular benefits of hatha yoga:

While we have mentioned a handful of benefits of hatha yoga, there are multiple other facets of life that can be improved by regular practice of this ancient form of yogic discipline. If you are looking forward to train yourself in this discipline, we encourage you to take a look at the courses we offer for Hatha yoga teacher training in Goa.